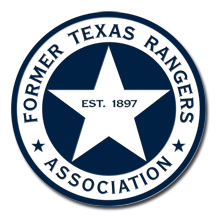 WHEREAS, The Former Texas Rangers Association is doing admirable work in preserving the history of the Texas Rangers, and the city of Kerrville would make a most appropriate location for a center dedicated to interpreting the history and traditions of this legendary force; and

WHEREAS, Texas Rangers first appeared on the scene in 1823, when Stephen F. Austin commissioned 10 experienced frontiersmen to undertake a punitive expedition against a band of Indians; constituted as a regular body in 1835 and reorganized at various times over the years, the Rangers have played a significant role at virtually every turn in the state’s history, suppressing the frontier tribes and banditry, apprehending cattle rustlers, and quelling violent feuds and the lawlessness of oil boomtowns, to name only a few of their many assignments; and

WHEREAS, Efforts to establish an association of ex-Rangers date back to 1897; the Former Texas Rangers Association, a descendant of previous groups, was incorporated in 1971 for the purposes of preserving and perpetuating the history of the Rangers, commemorating landmarks related to Ranger history, administering a scholarship program, and bringing former and present Rangers and their families together for fellowship, support, and the pursuit of mutual goals; the association is also pledged to maintain and operate a Texas Rangers museum, and since 1973 the group has overseen a museum dedicated to the Rangers in Memorial Hall, adjacent to the Witte Museum in San Antonio; and

WHEREAS, The association is presently considering the construction of a new historical center to tell the story of the Rangers, and it would indeed be fitting to locate such a facility in the city of Kerrville, for this part of the Hill Country has strong associations with the Rangers’ early history; and

WHEREAS, Several encounters between Rangers and Indians took place in this district; in 1843 John Coffee “Jack” Hays and a band of Rangers were ambushed by Comanches at Bandera Pass, but Hays and his group repelled the assault with the aid of their new Colt revolvers; on another occasion, Hays single-handedly stood off an Indian attack at Enchanted Rock; and

WHEREAS, When the famed Frontier Battalion of Texas Rangers was formed in 1874 to combat Indians and desperados, one of its six companies, Company “F,” was commanded by Captain Neil Caldwell of Kerr County, and the company’s members were all drawn from Kerr County and the surrounding area; in addition, 32 Rangers lie buried at Center Point, more than are interred at the State Cemetery or at any other place; and

WHEREAS, To fully understand the development of the Lone Star State, one must appreciate the part Texas Rangers have played in this saga for well over a century and a half; now, therefore, be it

RESOLVED, That the House of Representatives of the 77th Texas Legislature hereby honor the Former Texas Rangers Association for its great service in preserving Texas history and that it encourage the association to build its new center in the city of Kerrville. 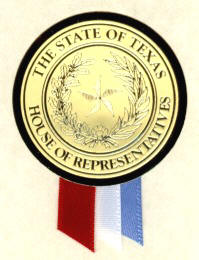